It wasn’t until I started writing this intro that I realized my last What I’m Reading post was published in April 2019. Oops! I’ve taken a step back from my blog in the past year, but I’m ever so slowly dipping my toes back in.

My shelves are filled with new books that I can’t wait to break open, but here are a few books I’ve just finished, a few I’m currently reading, and a few that are in my queue (aka sitting on my nightstand). 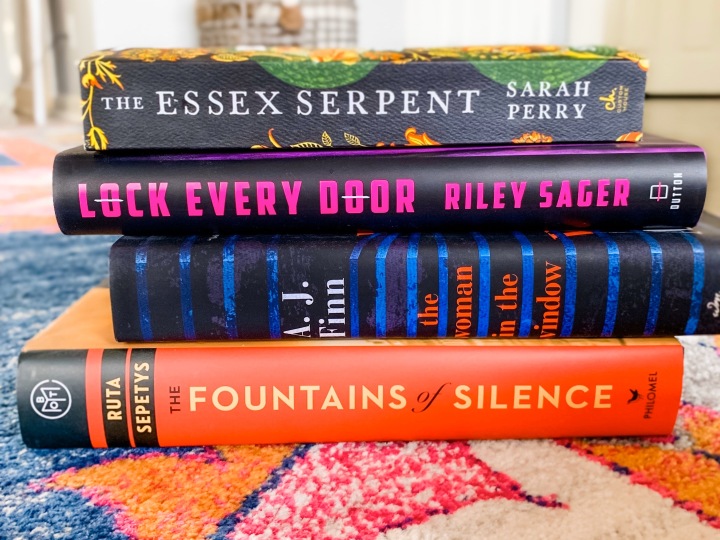 As an avid Dan Brown fan, I had high hopes for his latest entry in the Robert Langdon series. Unfortunately, it turned into a majorly disappointing read.

We follow our favorite symbologist as he attends a mysterious presentation hosted by Edmond Kirsch, an old atheist friend who believes he has uncovered exactly where the human race comes from while simultaneously predicting its demise. Kirsch is shot to death at the climax of his live-streamed presentation and chaos ensues. Langdon finds an ally in the ridiculously advanced artificial intelligence Kirsch created and (of course) a gorgeous, intelligent female companion. Together, they race across Europe to find Kirch’s killer. And as always, there’s a deeply motivated assassin and a religious aspect playing out in the wings, as well.

I usually turn to Brown for unpredictable twists, vivid settings, and highly interesting characters. Origin contained only one of my expectations – that of the incredibly detailed locations – but everything else just fell flat. Okay, the assassin was pretty cool. But instead of Brown’s usual, never-see-it-coming plot twists, I guessed who the murderer was (well, the person who hired the assassin) by the end of chapter three. It was so blindingly obvious and unoriginal. The ending of the book felt eerily familiar and soon after finishing it, I realized it was almost exactly like the ending of the Shia LaBeouf movie Eagle Eye. A decent movie if you like Shia.

Part of my disappointment probably stems from the fact that The DaVinci Code became one of my favorite books in junior high because it was so mind-blowing for 9th grade me. I even wrote my 11th grade research paper on the facts vs. fiction of the novel. But after reading Inferno (which was also somewhat of a predictable let down) and Origin, I’m not sure if I’m going to be as excited for Brown’s next venture.

The Woman In Cabin 10 by Ruth Ware

After picking up this book on a Target run in 2017, I’m happy to say I finally finished it! And I’m pleased to report that I thoroughly enjoyed the journey it took me on.

After being attacked by a burglar in her own apartment (or flat, since she’s British), Lo Blacklock takes an assignment for the travel magazine she works for to review a luxury cruise ship on its maiden voyage. She awkwardly mingles with the crème de la crème of high society and travel journalists and briefly meets a mysterious woman in the cabin next to hers – cabin 10, of course. After hearing a scream and a splash in the middle of the night, she tries to report the possible murder of the mysterious woman she met the night before. But the crew and captain are reluctant to take her seriously after they discover the store of medications she’s taking to treat the PTSD brought on by her attack at home.

The unique way Ware brings to the story to life with a possibly unreliable narrator, the cut-throat world of luxury travel journalism, a slew of highly motivated suspects, and mini chapters of emails, texts, and newspaper headlines, all reeled me in from the first chapter. The characters were well fleshed out and the plot kept me guessing – even if the characters were a bit stereotypical and the ending seemed a bit rushed and convenient. But I can overlook that. Overall, a great read that I recommend.

Midnight At The Bright Ideas Bookstore by Matthew Sullivan

If you’ll recall in my last What I’m Reading blog post, I was extremely excited to start this book. Lydia Smith, a woebegone bookstore clerk, discovers the body of an eccentric regular patron on the second story of the shop as she’s closing at (you guessed it) midnight. As she’s waiting for police to arrive, she realizes he’s desperately clinging to a photo of her as a child. Confused and mortified, she knows she has to pick up the pieces of his life to find out why he killed himself and why he possessed a missing piece of her own traumatic childhood.

It’s a promising story of intrigue that just fell short for me. I feel like this is a new author just finding his literary feet. His use of predictable plot devices – like the obvious misdirect of Lydia’s dad being a murderer – just didn’t do much to improve the story. I loved his use of flashbacks to weave her childhood into present day. It did a lot to explain Lydia and her motives. But I’m not one for stories featuring protagonists who prefer to be brooding and unhappy with a blasé outlook on life. Which is exactly how I would describe Lydia. Overall, not too fond of this book. It found its way to the resell pile immediately.

The Woman In The Window by A. J. Finn

With a protagonist who quotes classic movies, drinks copious (re: destructive) amounts of wine, and witnesses a violent murder while spying on her neighbors, this psychological thriller has everything I could want in a quarantine read. Finn’s intricate descriptions of Anna Fox drew me in from the first page. Anna is a former child psychiatrist who is suffering from agoraphobia after a traumatic incident involving her family. She’s estranged from her husband, who moved out of their brownstone with their daughter, and spends her days crawling chat rooms, playing online chess, spying on her neighbors through the lens of her camera, and drinking her way through her expansive classic movie library.

The first half of the book is a slow but steady look at how she spends her days post-trauma. The author expertly drops crumbs of her former life for the audience to piece together. I’m currently halfway through (and I’ve reached the murder!) so you’ll find me pouring a glass of wine while I try to figure out if the murder is real, or a drug-induced mirage.

The Fountains of Silence by Rupta Sepetys

Historical fiction is outside of my usual mystery/thriller camp, but my best friend Jessi couldn’t stop gushing about how good this book is. She lent me her Book of the Month Club copy so I’m taking a step back in time to 1957 Madrid under the dictatorship of General Francisco Franco. Young photographer Daniel Matheson moves to Spain with his wealthy family where he meets Ana, a beautiful hotel maid whose family is dealing with scars left by the Spanish Civil War. From what I’ve read about the book, this will be a detail-rich, heart-wrenching story told from multiple points of view. I’m excited to dive in!

The Essex Serpent by Sarah Perry

To be very honest, this book’s intricately designed cover drew me in even before I knew what it was about. The story follows Cora as she escapes her high society life and stumbles upon the mystery of the mystical Essex Serpent, a fearsome creature that has reappeared after three centuries and has taken a man’s life.

It’s not often I’m suckered in by just a pretty cover, but it seems this one seems right up my literary alley.

Lock Every Door by Riley Sager

I found this new thriller while browsing for new books on Goodreads. I was so eager to buy it, I made a trip to Barnes and Noble later that day to pick it up…only to find out it wouldn’t be published for another two weeks. I’m putting it next it my reading queue, but the premise already has me hooked!

Jules Larsen lands an apartment sitting job in the ultra-posh, ultra-exclusive Bartholomew building. It’s not until after a fellow sitter goes missing without a trace that Jules realizes the Bartholomew and it’s high society tenets are hiding sinister secrets that might just be her doom.

This site uses Akismet to reduce spam. Learn how your comment data is processed. 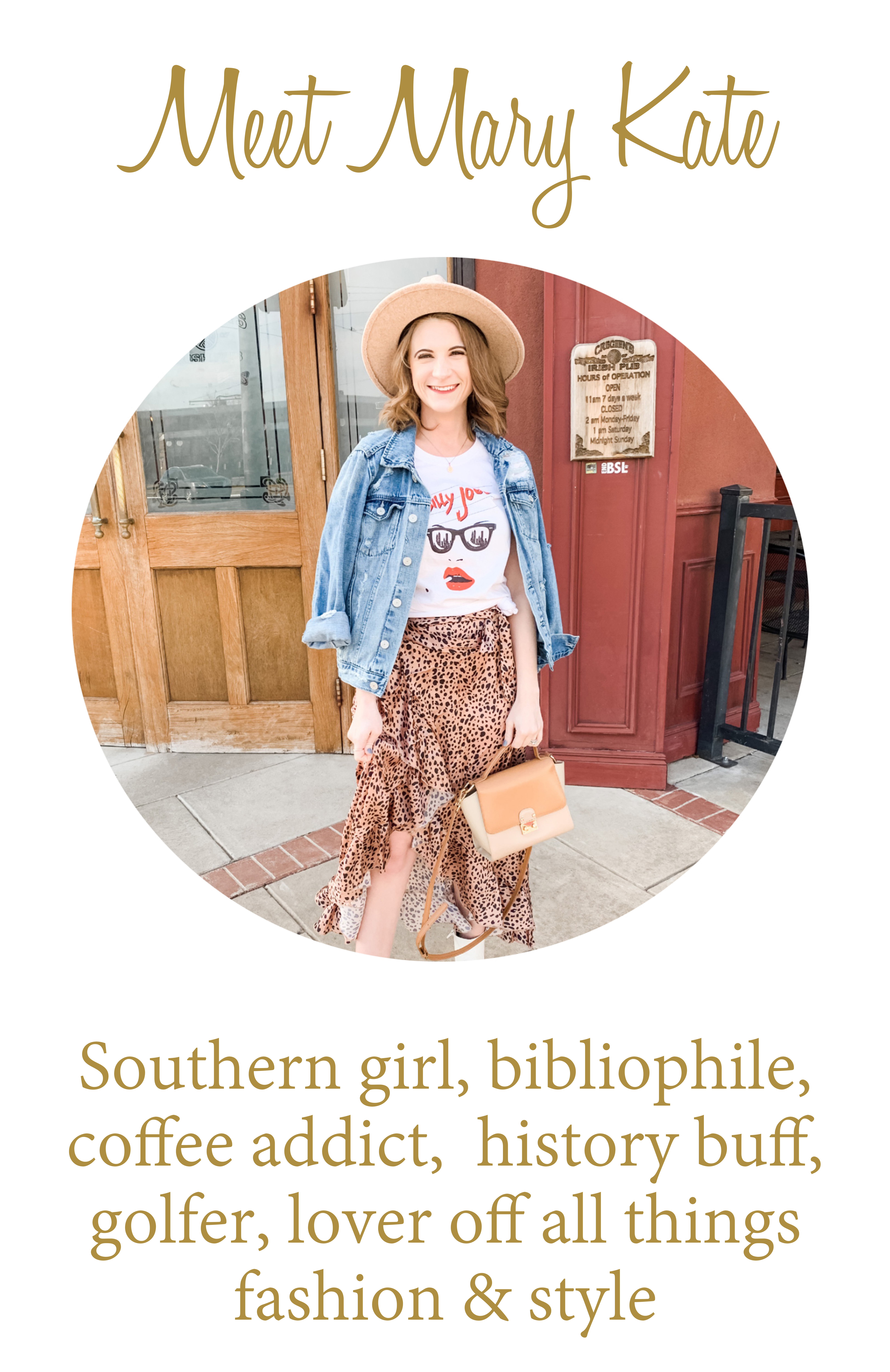 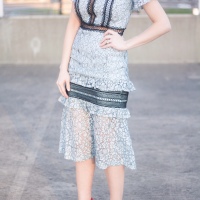 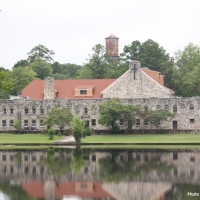